AMD’s new FidelityFX Super Resolution (FSR) has started rolling out today, available initially in a handful of titles. Much like Nvidia’s Deep Learning Super Sampling (DLSS), AMD’s answer with FSR aims to upscale games from a lower resolution to provide smoother frame rates without a noticeable compromise in image quality.

What’s more important is how well FSR works right now. AMD is enabling FSR on a variety of GPUs, including its latest 6000-series, down to its RX 480, 470, and 460 cards. FSR even supports rival Nvidia GPUs, including the latest 30-series through to the 10-series. There’s some impressively broad support here. 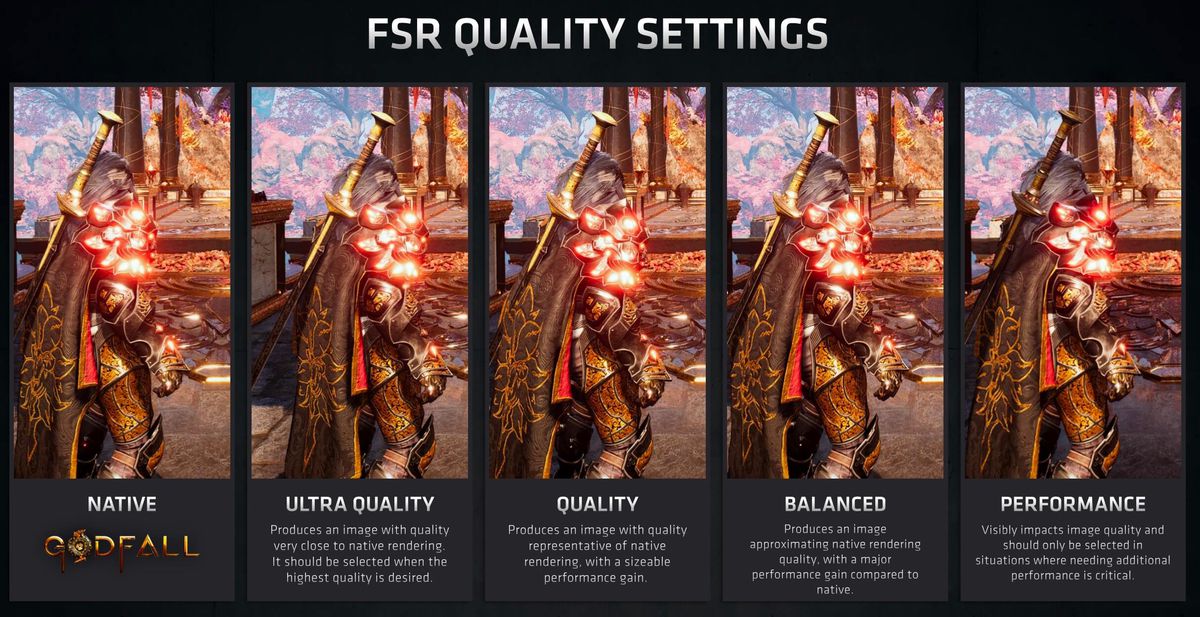 AMD offers up a variety of modes for FSR, with ultra quality and quality being closest to a native image, and balanced and performance offering higher frame rates with some noticeable image quality loss. TechSpot found that “FSR holds up quite well when using the Ultra Quality or Quality modes at 4K,” but that balanced and performance modes are a “clear step down in terms of quality” and blurriness.

PCGamer also reports that it didn’t notice any bugs or image artifacts in the games it tested. Reviewers haven’t been able to test FSR fully against DLSS, though, due to the limited amount of games available to do side-by-side comparisons. Still, PCGamer concludes that FSR isn’t as good as DLSS, but it’s a promising start. 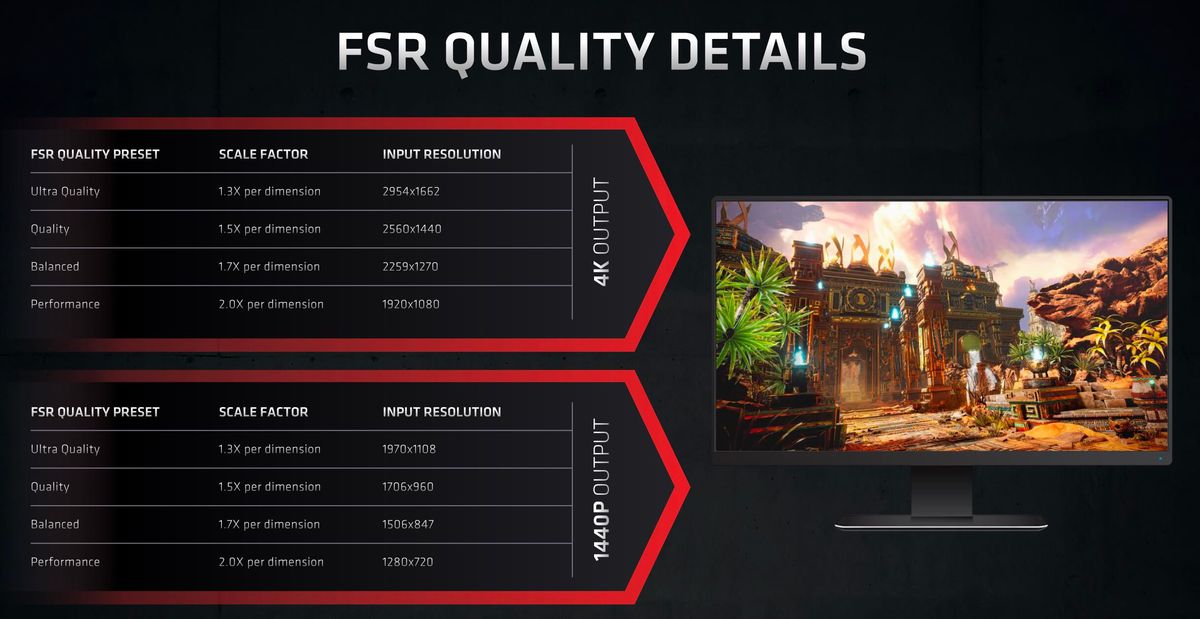 While DLSS and FSR have a shared goal, they shouldn’t be confused as equivalent technologies. Since announcing FSR earlier this month, AMD’s answer to DLSS has been labelled a “DLSS killer” or “DLSS competitor,” when the reality is a lot more complicated. Nvidia’s DLSS technique uses proprietary AI-based temporal upscaling, which only runs on the company’s RTX line of GPUs. AMD is using a spatial upscaling technique that can run on a variety of GPUs and even current and older Nvidia ones.

Unlike Nvidia, AMD isn’t using AI for FSR yet. That makes it a lot easier for game developers to add to their games, but it means the resulting image quality might not always be as good as native resolution or DLSS. Nvidia’s technique uses data from multiple frames, and dedicated cores on GPUs help reconstruct it to an image that gamers see.

We’ve seen impressive results from DLSS 2.0 in recent months, and these early results from AMD show that FSR will be a useful tool that will hopefully appear across multiple games and platforms. AMD still isn’t saying exactly what FSR could mean for games running on the PS5 and Xbox Series X, but the hope is that FSR will offer yet another technique for game developers to boost frame rates and maintain image quality.