Bitcoin price briefly traded above $35,000 as the stock market hit new highs and Paraguay aims to become the second country to adopt BTC as legal tender. 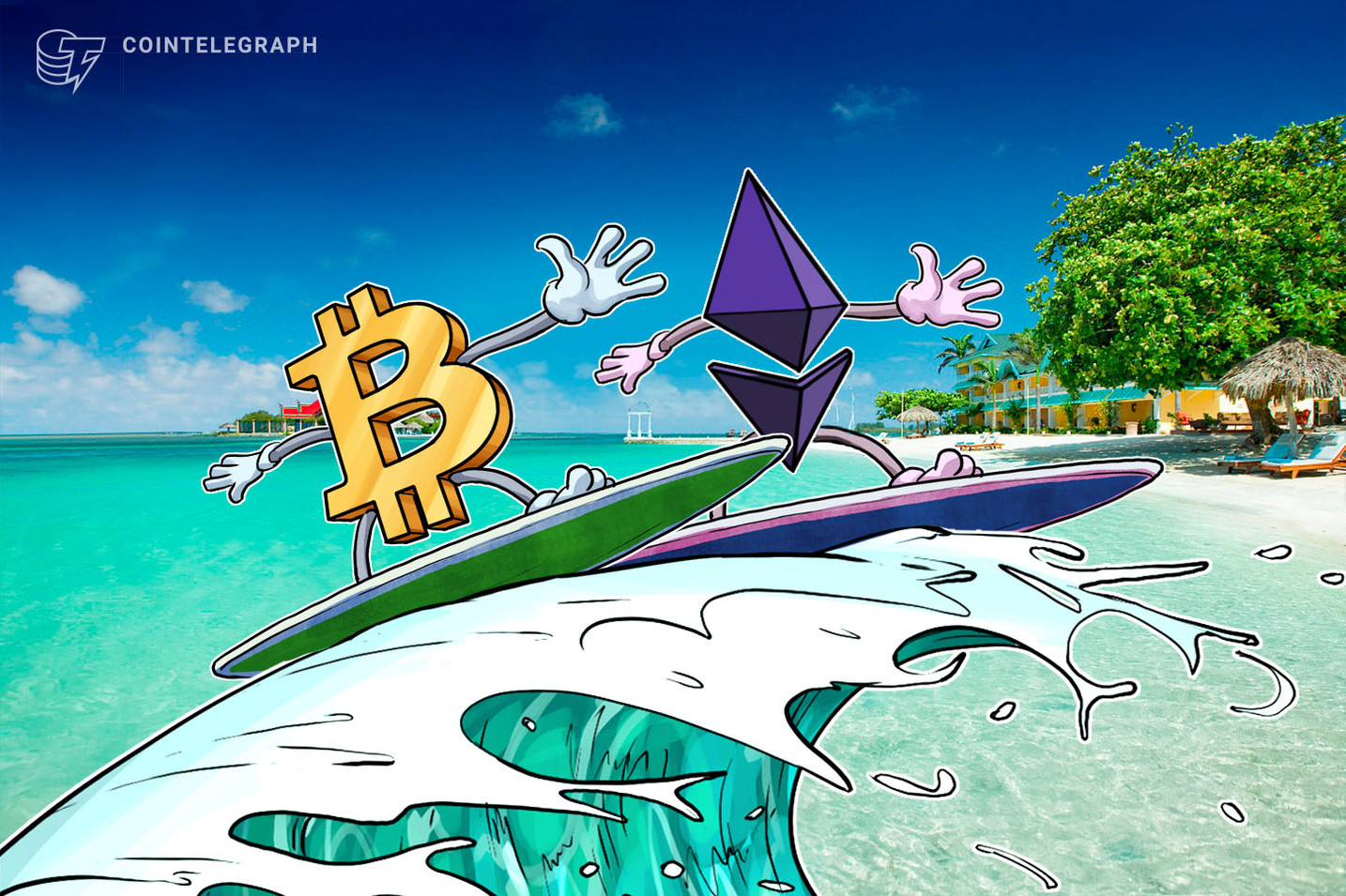 Bitcoin (BTC)  price received a boost as news that lawmakers in Paraguay plan to present a bill to make BTC legal tender spread across Twitter. Shortly after the unconfirmed news surfaced on Twitter, Bitcoin price rallied to $35,289 before slightly pulling back below the key short-term resistance level.

• a bill has been submitted to make #BITCOIN legal tender

• they wish to be a crypto hub

• some interest from Argentina & Brazil now too

While the cryptocurrency Fear and Greed Index still indicates a sentiment of Extreme Fear, it’s worth noting that the measure has risen from 14 on June 23 to 22 on June 24 as traders begin to view the drop below $29,000 and Bitcoin's rising open interest as signs that the current corrective phase may have ended.

While traders' sentiment may have improved slightly, Cointelegraph analyst Marcel Pechman suggested that investors could be waiting for the $6 billion in Bitcoin and Ether (ETH) quarterly futures and options to expire on June 25 before making a more decisive move.

The crypto market wasn't the only market to rally today. Traditional markets also rose to new highs after U.S. President Joe Biden revealed that he had reached an agreement on a $953 billion bipartisan infrastructure spending plan with the Senate.

Following the announcement, the S&P 500 and Nasdaq each rallied to new record intraday highs and closed the day up 24.65 points and 97.98 points respectively, while the Dow gained more than 322 points on the day. 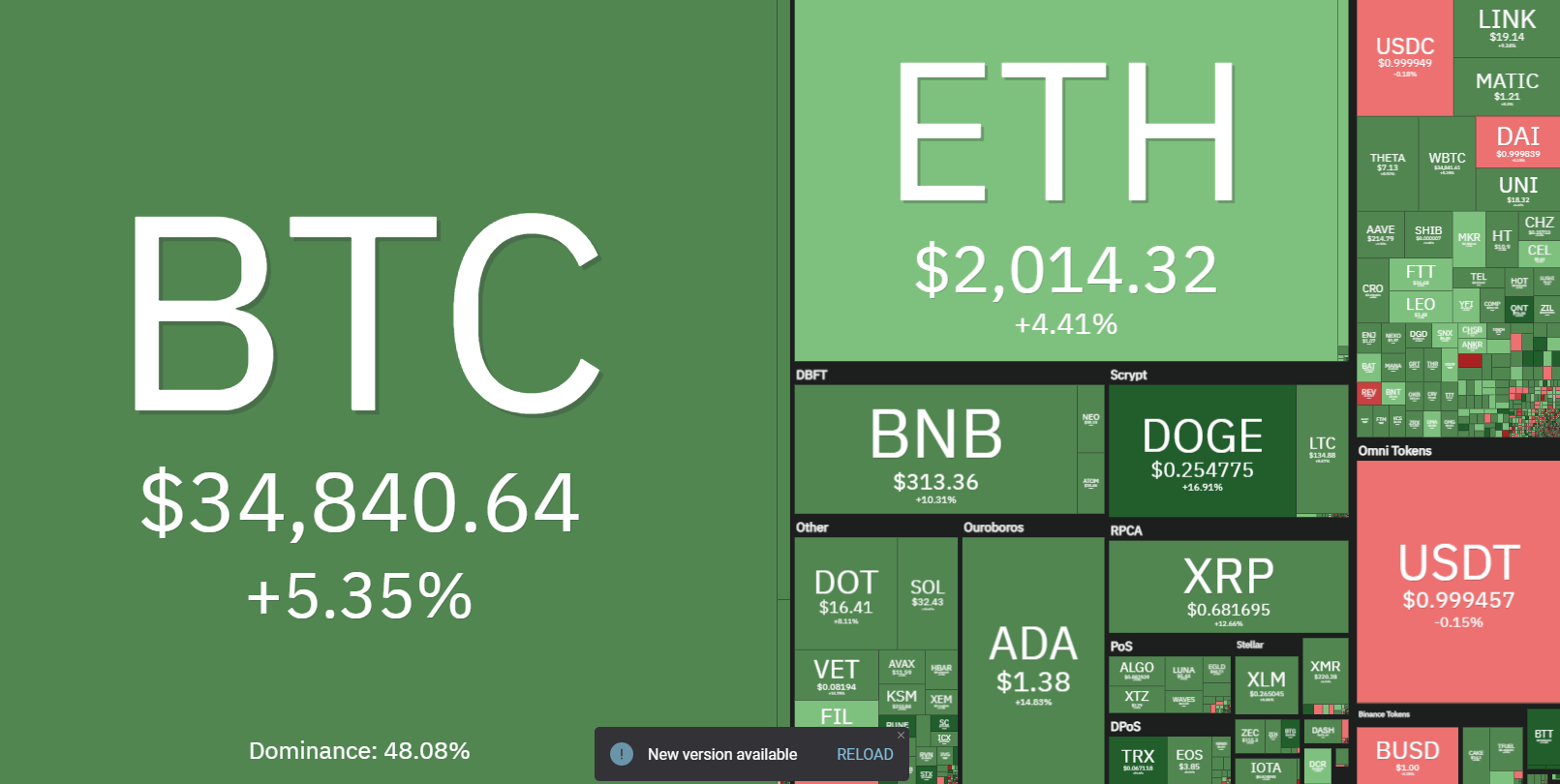 As one would expect, altcoins also surged higher as Bitcoin price and traditional markets moved higher. Ether (ETH) rallied back above the psychologically important $2,000 level, while Tron (TRX) and Celo gained 26% and 28% respectively. CELO's move appears to be driven by the listing of its Celo Euro (cEUR) stablecoin on KuCoin exchange.

Prior to the recent price rise, VORTECS™ data from Cointelegraph Markets Pro began to detect a bullish outlook for CELO on June 22. 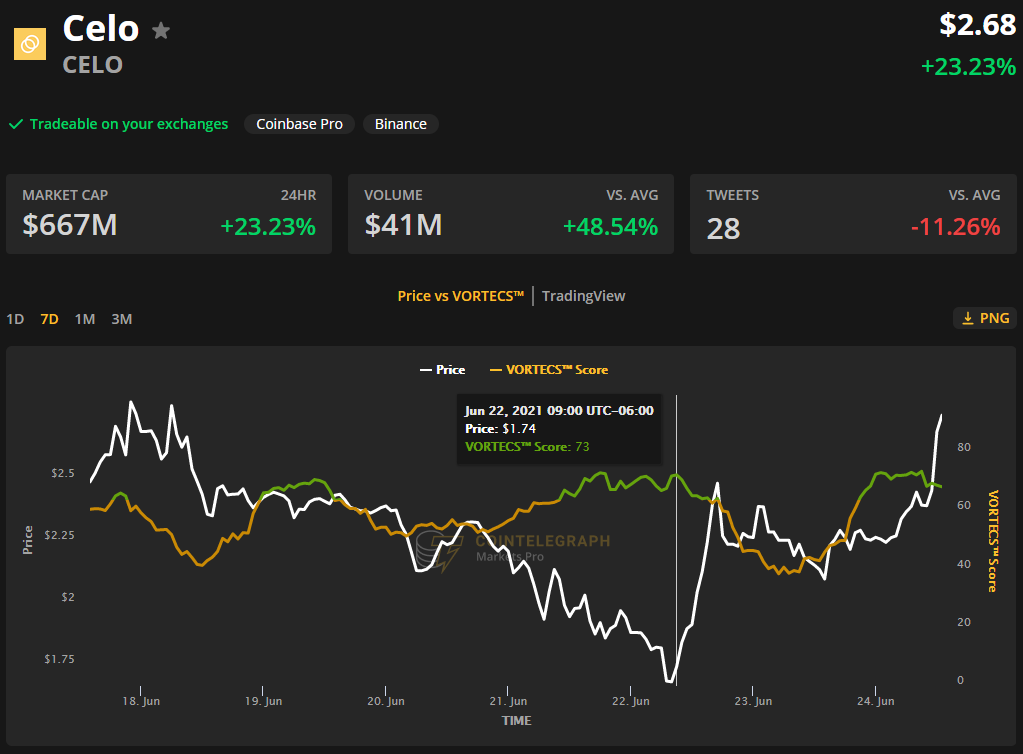