Celebrate Star Wars Day with These Deals That Aren't a Galaxy Far, Far Away

May the force be with you! It’s May 4—aka Star Wars Day—which also means it’s Star Wars deals day. And lucky for you, we found all sorts of deals on themed video games, LEGO sets, apparel, toys, and more.

But to start, if you own a Chromecast with Google TV or a compatible Sony Bravia TV, you’ll see a wall of Star Wars movies and TV shows when you turn it on. Google TV’s banner rolls between The Mandalorian and A New Hope while you look through the “May the 4th” row. Here you can easily find something to watch, like the season premiere of The Bad Batch, some vintage cartoons, or one of the saga’s three wonderful trilogies.

The most exciting way to enjoy Star Wars (besides watching the movies, of course) is to play video games set in that universe. With such a range of games—allowing you to play all of the most popular characters on either side of the fight—and even fly in TIE Fighters or join a podrace, there’s something for everyone.

Star Wars: Squadrons (Windows, PS4, Xbox One): Hone and show off your starfighter combat skills as you fight alongside your teammates against other squadrons in this first-person space combat game. Save up to 50% through May 12. Star Wars Jedi: Fallen Order (Windows, PS4, Xbox One, Stadia): This action-adventure game has you playing Jedi padawan Cal Kestis as you’re being hunted by the Galactic Empire while you work to complete your training and rebuild the fallen Jedi Order. Save up to 70% on the Standard and Deluxe Editions through May 12. Star Wars Battlefront 2 (Windows, PS4, Xbox One): Enjoy up to 75% off through May 12 with this story-driven campaign, set during the climax of the Galactic Civil War, from the perspective of a New Republic soldier. The alternating first-person and third-person shooter features both single-player and multiplayer game modes in ground battles and space battles. Also, run when you see Darth Vader. Star Wars—Episode 1 Racer (Nintendo Switch, Windows, PS4, Xbox One): Sure the other games are newer and flashier, but can they really compete with the low-res goodness of the Episode 1 podracing game? I think not. This re-released version left things exactly how you remember it, and yes, it’s still just as much fun. Save up to 65% through May 11. Now this is podracing! Minecraft (Windows, macOS, Android, iOS): Okay, it’s still just plain ol’ Minecraft, but you can at least have fun exploring a themed world pack and using skin packs of your favorite Star Wars characters. Save up to 33% on skins through May 6.

Building Star Wars LEGO sets is also fun. You can opt to spring for some of the newer additions to the LEGO Star Wars collection, or go with one of the deals listed below that are offering up to 20% off below on individual sets.

Mandalorian Battle Pack: Build a Mandalorian army with this fun 102-piece set for kids ages 6 and up. It features four Mandalorian minifigures, a stud-shooting speeder bike, a defense fort, and stud-shooting blasters. The Rise of Skywalker Kylo Ren’s Shuttle: It’s okay to be on the fence about Kylo Ren, but we can all agree that his shuttle is super cool. This 1,005-piece build includes six LEGO minifigures: Kylo Ren, a Sith trooper, General Pryde, a First Order Stormtrooper, and two Knights of Ren. The detailed ship’s wings even fold and extend out. Poe Dameron’s X-Wing Fighter: Join the Resistance as you build Poe’s classic X-Wing fighter. Included are minifigures of Poe, R2-D2, a Knight of Ren, and Jannah. With 761-pieces the ship features adjustable wings, an opening cockpit, stud and spring-loaded shooters, and retractable landing gear. The Rise of Skywalker D-O: This timid yet adorable droid from Episode 9 of the Skywalker saga has poseable antennas, a head that tilts and rotates 360-degrees, and it comes with a display stand and a D-O minifigure. The 519-piece set is fun for kids and adult collectors alike. A New Hope Luke Skywalker’s Landspeeder: At just 236 pieces, this set is a simple yet fun build, and it even comes with three minifigures: C-3PO, Luke Skywalker, and an armed Jawa. The ship has cool details like a trunk for Luke’s macrobinoculars. Anakin’s Jedi Interceptor: This 248-piece set features Anakin’s interceptor ship from Revenge of the Sith and The Clone Wars, and comes with minifigures of Anakin and R2-D2. It has two spring-loaded shooters and fold-out wings. Sith Troopers Battle Pack: This set has a First Order Officer, a Sith Trooper, and two Sith Jet Troopers as well as a Stormtrooper Speeder. It contains 105 pieces total, making it perfect for kids. Boba Fett Helmet: This helmet uses over 600 pieces and is a wonderful piece for Boba Fett fans and serious collectors alike. The highly-detailed set comes with a baseplate for display, and measures 8.5 x 4.5 x 4.5 inches making it the perfect size for an eye-catching display. AT-ST Raider: Everyone loves the stompy AT-ST Raiders and now, with this 540-piece set, you can have one of your own. The set has jointed poseable legs, a rotating turret that opens, and two firing shooters. You’ll also get four minifigures: The Mandalorian, two Klatoonian Raiders, and Cara Dune, plus multiple blaster rifles. The Rise of Skywalker Resistance Y-Wing Starfighter: Assist in the Resistance’s fight by building this 578-piece Y-Wing advanced starship model. The collectible set comes with five minifigures: Poe Dameron, Zorii Bliss, D-O, and First Order Snowtroopers. The ship’s cockpit opens up and you can fire the spring-loaded shooters.

Star Wars toys and board games are almost as much fun as the movies are. Now, you can keep the fun going even when the movies end with these adorable options. From a Baby Yoda stuffed toy to a NERF blaster, these options are fun for anyone aged 8 to 80.

Build-a-Bear: Save 20% making your own Baby Yoda with code FORCE20 through May 4. You can opt to have Grogu sitting in his carrier, holding a mug of soup or even have built-in sound effects. No matter what, he’ll be cute, don’t worry. Monopoly: The Complete Saga Edition: Work your way around the board, which includes characters, items, and locations from all nine movies. Spend hours slowly getting mad at your friends and family, but make it Star Wars. Mandalorian Playing Cards: Get a beautiful custom deck of The Mandalorian-themed playing cards from Theory11, complete with luxe foil inlays on the box and details from the show on the actual cards. Get 10% off your deck with code MAYTHE4TH. NERF Imperial Death Trooper Blaster: Blast glow-in-the-dark darts at your enemies this blaster inspired by blasters in The Mandalorian. It comes with three Official Nerf Elite foam darts. Save over $5 on this NERF blaster through May 8. Huffy Darth Vader 16-inch Quick Connect Bike: Save a whopping $50 on this bike on May 4 only. The easy-to-assemble bike has a glossy black finish and has Darth Vader detailed graphics, including a life-size Darth Vader mask (that doubles as a storage area) on the handlebar.

Playing the video games and building the LEGOs is not enough—we’ll need to dress the part, too. With these amazing deals on apparel, you’ll prove you’re the biggest Star Wars fan on the block and you won’t have to bust your budget to do so.

Fifth Sun: Use code FORCE and take 30% off all kinds of Star Wars apparel from May 4-6. You can shop by character (with options like Ahsoka Tano and Babu Frik) or by affiliation (are you with the Rebel Alliance or the Galactic Republic?), and enjoy fun designs on t-shirts, sweatshirts, tank tops, and more. Garmin: Enjoy $100 off the Legacy Saga Series (in Rey or Darth Vader) or $20 off the vivofit jr. 2 (light or dark side) on May 4. The fun designs make it even more exciting to wear a fitness tracker or smartwatch. Her Universe: Score up to 40% off select styles May 4-5, like tie-front button-ups, ringer tees, sweatshirts, leggings, raglan tops, biker shorts, sweatpants and more. The brand’s subtle designs come in classic colors but pack lots of fun. Heroes & Villains: Snag 20% off all Star Wars items only on May 4, and 25% or more off select items on May 5. Fill your wardrobe with the brand’s awesome beanies, t-shirts, hats, backpacks, socks, jackets, patches and more.

Yes, the Star Wars universe extends even into the corners of your home. With these fun picks, you can stylishly dress up your home and make it clear to guests that you love Star Wars and nothing else.

Ruggable: Find the perfect Star Wars-themed rug for your kitchen, bedroom, or living room. These high-quality rugs come in both muted and bold colors and patterns, and make it easy for you to show off your love of that universe. Use promo code MT4 to get 15% off your rug. Instant Pot: Let The Child help you make dinner. Well, sort of. This 6-quart Instant Pots features an adorable Baby Yoda design that’ll definitely help make cooking a little bit more exciting. With 14 smart programs, they can make just about anything without using the force. Save nearly $40 with this deal. Thomas Kinkade Paintings: With these super cool art prints and gallery wrapped canvases painted by artist Thomas Kinkade, your mom can no longer say your Star Wars wall art isn’t grown up enough. Save 10% on May 4 only.

Also, Here Are Some Fun DIY Crafts and Experiences

Sure, owning literally every piece of Star Wars merch is fun and all, but if you want a more immersive experience on this most special of days, we’ve got your back. Maybe you want to make some of these fun Star Wars-themed DIY crafts with your kids. Perhaps you’re more into playing a game of bingo while you watch The Bad Batch during its premiere on Disney+. Or maybe you want to whip up some Blue Milk Pudding or make a Boba Fett tissue box cover. May the creativity, and the force, be with you. 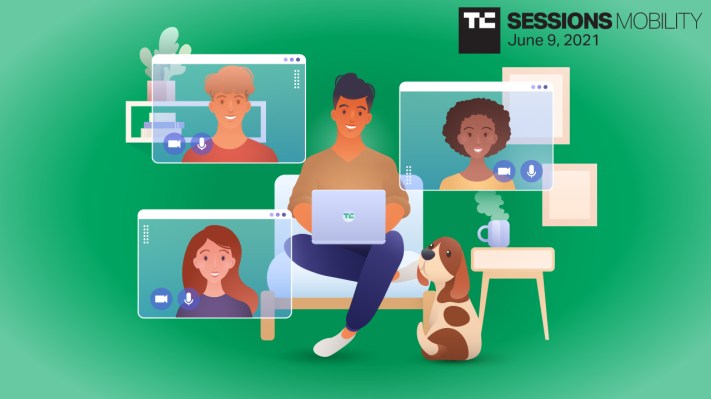 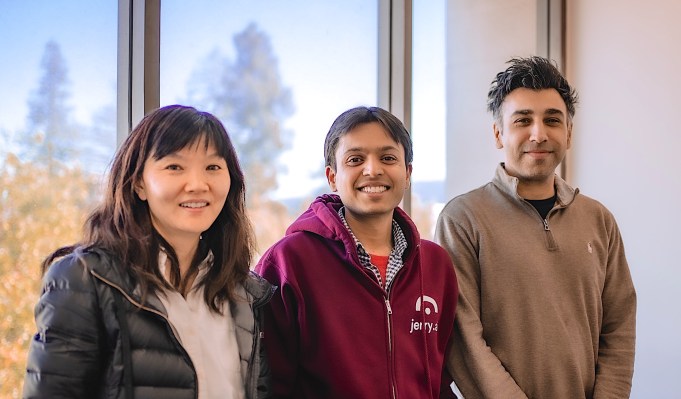