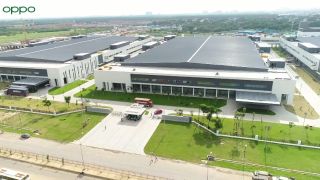 India has launched a $6.65 billion (approximately Rs. 50,000 crore) program to boost electronics manufacturing where five global smartphone makers would get monetary incentives to establish or expand existing production in the country.

The three schemes surrounding this program are aimed to attract more investments, enhance smartphone, components and spares production to a cumulative $133 billion over the next five years. In addition, it would create 500,000 direct jobs and 1.5 million indirect ones, electronics and IT minister Ravishankar Prasad said in a statement.

Amidst global gloom, Indian smartphone market grewThe Mi 10 is a necessary evil for Xiaomi’s future in IndiaCheck out our latest smartphone reviews here

In a series of tweets, the minister said Prime Minister Narendra Modi's Make in India initiative and self-dependence (Atma Nirbhar in Hindi) did not mean isolation of the country. "It means developing our capacities to compete globally. India being a major economy will be an asset for the global economy both in manufacturing and supply chain," he said.

#MakeInIndia & #AatmaNirbharBharat does not mean isolation of India. It means developing our capacities to compete globally. India being a major economy will be an asset for the global economy both in manufacturing and in supply chain.#ThinkElectronicsThinkIndia pic.twitter.com/4U2bYFxIbCJune 3, 2020

As part of the scheme, the government would also provide production-linked incentives (PLI) in the form of an incentive of between 4-6% on incremental sales of goods made in India and covered under the target segments to eligible companies for five years, the official statement said.

Another scheme for promotion of manufacturing of electronic components and semi- conductors (SPECS) would provide fiscal incentives of 25% on capital expenditure for the list of electronics goods. This would include components, semiconductors, display fabrication factories.

A third scheme called the modified electronics manufacturing clusters (EMC 2.0), which was approved in March, seeks to support creation of world-class infrastructure such as ready-built factories and plug-and-play facilities as a means to attract global electronics manufacturers and their supply chains.

India started with two factories making mobile phones and now has more than 200 such units operating within the country. "Now India's moment has arrived and I am sure that through these schemes there will be substantial investment and will also have applicants coming," the minister tweeted.

We started with 2 mobile factories & have now reached to more than 200 mobile & component factories. Now India's moment has arrived and I am sure that through these 3 schemes there will be substantial investment and will also have applicants coming.#ThinkElectronicsThinkIndia pic.twitter.com/l7zRLR9DF5June 3, 2020

Global players including Samsung and a host of Chinese giants like Xiaomi, Oppo and Vivo are already manufacturing smartphones locally. In addition, there is also Foxconn and Wistron from Taiwan that supplies components to Apple which makes iPhones.

Details of which five companies would get the benefit of the PLI scheme through meeting the investment and sales thresholds is scheduled to be announced within the next two months, sources in the ministry of industry said.

What prompted this move?

The government's initiative comes at a time when smartphone makers are reportedly seeking options outside China to set up manufacturing, largely due to the impact that the Covid-19 pandemic had on production in the first quarter of 2020.

In April, when the Sino-US economic tensions took a turn for the worse with President Trump accusing China of infecting the world, Indonesia had stepped up by offering 4,000 hectares of land in Central Jaya to accommodate US companies seeking to relocate due to the pandemic.

In recent times, Chinese companies had invested heavily in India with OnePlus setting up its first R&D Centre outside India at Hyderabad and committing an additional $130 million to it over three years. Similarly Vivo announced investments worth $1 billion last year to boost production in India while Xiaomi has already pumped in $470 million in production and expansion of retail stores.

Now what remains to be seen is how closely the government would monitor investment intent from Chinese companies, having first tightened the norms on April 18 through an executive order. As a result all Chinese direct investment would be subject to scrutiny from the federal government, though it was targeted more at investments in the stock market.

In recent times, the Sino-Indian border dispute has reared its ugly head once again leading to vigorous diplomatic parleys to tackle the situation. Reports of a discussion between the two sides later this week have emerged as it appears that economics would prevail over land disputes yet again.