It's the race that stops a nation, with the host state of Victoria celebrating a public holiday on race day each year. In the lead up, though, women would have found the best fascinators and dresses, while the men would have dusted off their best suit. Everyone else would be getting ready to party the afternoon and evening away.

All this effort goes into enjoying three-and-a-half minutes of speed, drama and the heated relationship between horse and jockey.

While many would have tried to physically get to Melbourne's famous Flemington Racecourse on race day, not everyone can do so. Those who can't need not fret as, like previous years, you can keep up with the horses on TV. In fact, if your office isn't equipped with a telly, you can stream Melbourne Cup 2019 on your computer or your mobile.&#xA0;

What is the Melbourne Cup?

For the uninitiated, the Cup is Australia’s most prestigious – and richest – ‘two mile’ handicap race for thoroughbreds aged three-year-old and over. The event is part of the Melbourne Spring Racing Carnival that was first held way back in 1861.

While it’s still referred to as a ‘two-mile’ handicap race, that’s not the actual distance the horses gallop. It was originally run over a distance of two miles (3.219km) but was shortened to 3.2km in 1972 when Australia adopted the metric system.

Winners of the Melbourne Cup have always pocketed a hefty bag of prize money and trophies that cost a pretty penny too, and that purse just keeps growing each year. In 2018, the prize money was a whopping AU$7.3 million, over a million dollars more than 2017. That purse was taken by a young thoroughbred gelding from the UK called Cross Counter.

The 2019 purse is higher still, weighing in at AU$8 million, meaning the stakes are at an all-time high

Like last year, it's a 24-horse field again in the main event in 2019, with Mer de Glace and Cross Counter being the bookies' hot favourites.

For stat fans, a Bart Cummings-trained horse called Kingston Rule famously smashed the record time back in 1990 with a 3 minutes and 16 seconds finish. Will that record be broken in 2019?

When is the Melbourne Cup?

The Melbourne Cup is always held on the first Tuesday of November each year. That means this year, the race that brings a nation to a halt will be held on Tuesday, November 5.&#xA0;

While Victoria enjoys a public holiday on the day, most Aussies around the nation drop whatever they’re doing and become horse racing experts for an entire afternoon.

The race begins at 3pm AEST, so Queenslanders will need to tune in at 2pm, while South Australia and Western Australia can set an alarm for 2:30pm and 12pm respectively. 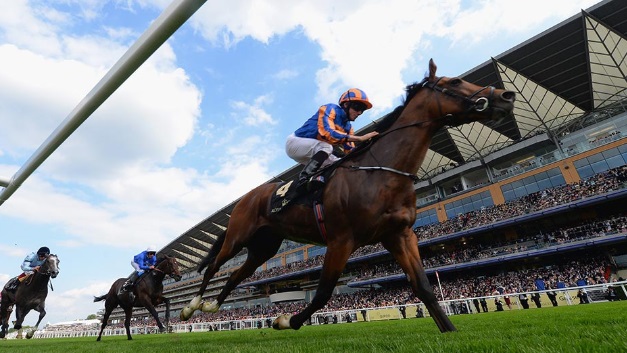 How to watch the Cup on TV in Australia

While the Seven Network has held the broadcasting rights for the Melbourne Cup for 15 years, there's a change in 2019. This year, Network Ten takes over with race-day broadcast beginning on Channel 10 at 10am AEDT, and will include interviews and all nine races.

That said, Seven Network-owned Racing.com will broadcast the race on channel 78 (for metropolitan areas) and channel 68 (for digital). Racing.com is also available on Foxtel on channel 529.

If you do have a Foxtel subscription, the Cup will also be broadcast live on Sky Racing 1 (channel 526).

If you find the Melbourne Cup captivating but can’t get to a telly that arvo, there are quite a few options for live streaming the event in Australia.

The easiest is to watch the broadcast on Ten's online platform –Tenplay – which is available on desktop and on mobile. The races can also be watched live on Racing.com’s own site, although this service requires you to set up an account.

Another option is to catch the Cup on bookmaking sites. Many betting sites – like SportsBet, CrownBet and Ladbrokes – offer free live streams during Melbourne Cup, but you will need to create a user account to use their services. And if you are planning on placing bets during the Cup, please remember to gamble responsibly.

While it might be tempting to watch the Melbourne Cup races for free, there are other ways to live stream the event, but requires a paid subscription. As we mentioned earlier, Sky Racing and Racing.com on a Foxtel sports package will let you stream the main event live, as will Kayo Sports – a relatively new sports streaming service that mirrors most of the content on Fox Sports.