Moms in Tech Facebook group splintering over allegations of racism 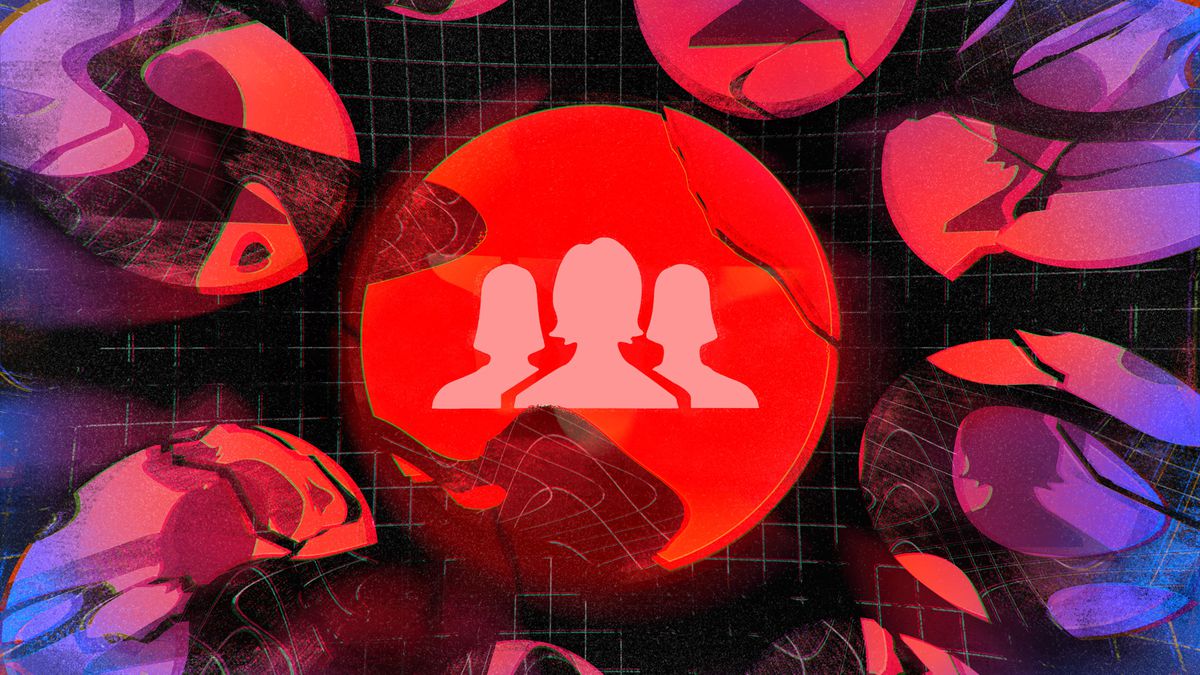 With more than 15,000 members, a community wrestles with calls for intersectionality

A Facebook group for mothers in the tech industry is disintegrating after members say they were blocked or silenced for posting about anti-racism and white fragility.

The group, Moms in Tech, was started in 2017 by Linda Xiong, a product manager at Facebook. Today, it has over 15,000 members. While many of the discussions have focused on the experience of being a mother in the male-dominated tech industry, members also use it as a forum for networking and support. During the pandemic, as working moms navigate school closures and a looming economic crisis, the group’s importance has only grown to its members.

“This isn’t just a casual Facebook group,” says Amy Chantasirivisal, director of engineering at Wildbit. “We’ve collectively spent our time building professional networks from it and learned from each other and taught each other. Jobs have been posted, found, people have been mentored, businesses formed.”

The limitations of the group were brought to the forefront on May 28th when Liz Casmier, a Black woman who works in the health care industry, noticed there were no posts about the police killing of George Floyd. Three days had passed since his death. “There was a lot of talk about Peloton bikes and ‘who’s the best pediatrician in Los Altos,’” she says. “I was like ‘how is it that no one has said anything at all?’ George Floyd called for his mother — you can’t ignore that if you’re a mom.”

Casmier decided to leave the group. In a farewell post, she said she was surprised that no one had spoken about the disturbing racial incidents playing out across the country and no longer felt the forum was for her. She linked to a Medium article titled “75 Things White People Can Do for Racial Justice.”

A moderator responded and said “just because people aren’t posting about it here, that does not mean they are not thinking about it or talking about it elsewhere.” Later, she added, “I also don’t talk about 99 percent of the other things in my life in this group. I’m not obligated to nor do I feel like I want to share everything all the time with this specific group of people.”

But for many other members, Casmier’s post was a wake-up call. People began sharing resources about anti-racism and calling on the admins to add a Black moderator to the group. Around 30 people messaged Casmier asking for her to return, which she did, and helped lead discussions about racism and social justice. For the first time in a long time, Casmier felt like she could actually relate to the conversations.

On June 6th, Casmier reached out to the other group admin, who also works at Facebook, to ask about becoming a moderator. The admin told her to talk to Xiong. Casmier was disappointed by the response and felt that it showed the leaders were not taking the initiative to make the group more anti-racist. Still, she was heartened by the discussions happening between members, which for weeks were led by women of color.

Then, near the end of June, a Black mom posted an article regarding the limitations of learning about racism through Robin DiAngelo’s book White Fragility. Her post appeared to offend some of the white women in the group, who got defensive because they liked the book. Ultimately, the Black mom decided to leave. (She did not respond to a request for comment from The Verge.) Casmier told the other members, “If a man wrote a book on Male Fragility, you would be glad he gets it and that he knows why it is important. But you also know that he himself hasn’t experienced sexism. He can empathize with it but never know how it truly feels.”

Soon after, members began to notice their comments related to racism and social justice were being deleted. When a Latina entrepreneur, who requested anonymity for this article, posted about migrant kids being released from detention centers — and forcibly separated from their parents — she thought no one cared about the issue because the post got such low traction. Then she realized it had been taken down. “We have 15,000 women working at all the big tech companies in the world,” she says. “If we used that collective power and wisdom to help, we could have done so much. But we didn’t, because we kept getting censored.” (A moderator later claimed the post had been removed by accident.)

When the same woman posted a video of police officers driving into protestors in Brooklyn back in May, another member responded, “that’s not a protest it’s a mob attack!” The woman later added that her best friend’s husband was in the NYPD and said police were also ending up in hospitals.

Brandi House, a product manager who is white, posted a question about why the group still did not have any BIPOC women as moderators. She suggested that Casmier could be a good option. “The thread devolved into this really strange discussion where Linda [Xiong] kept coming back saying ‘it takes so much time, it’s so hard,’” House told me. She also noticed that some comments on the thread were quickly being deleted or muted. The discussion became difficult to track, in part because Facebook does not notify people when their comments are taken down.

A woman named Elli posted a comment saying she’d suggested to the admins that Casmier become a moderator weeks before. “You said no because then (in your words) Liz could no longer engage in discussions about race if she was a moderator,” she said. Xiong said she felt uncomfortable asking because “we know Black women have an extra load.” She added that she herself is a proud person of color and added, “when you kept saying POC in a way that does not include me, I was pretty uncomfortable.”

Members were frustrated by the conflation of issues affecting the Black community and the larger term “people of color,” particularly for a group based in the tech industry, where Asians are not underrepresented. At Facebook, where Xiong works, they are 44.4 percent of the US workforce. Black workers make up 3.9 percent.

On June 30th, Casmier decided to leave the group again — this time for good. “The removal of important discussion topics, and shutting down commenting on others… makes me really uncomfortable,” she said.

Within a week, Xiong temporarily archived the group to come up with better rules to moderate contentious discussions. She reached out to Casmier to help her with the new charter, but Casmier declined, saying she no longer felt valued in the group.

The temporary loss of Moms in Tech was a blow to those who relied on it for support in difficult moments — during a miscarriage or while navigating discrimination at work. “This is a group of 15,000 people, and yet the power lies with one person to decide whether it lives or dies,” House says.

When the group returned in July, Xiong announced a new set of guidelines. All posts now had to be reviewed before they were published. If someone flagged a thread, comments on that thread would be closed. Bullying and shaming other members could result in removal “without warning.”

Chantasirivisal was curious to see if members would continue discussing anti-racism now that the group had returned. She was disappointed to mainly see posts about mortgages and whether to tip one’s nanny. On July 23rd, she posted an image of a George Floyd mural in Minneapolis and asked what social justice work people had been able to sustain in the months since his murder. In the post, she wrote, “One of the main concerns immediately following his death was the high probability of performative activism.”

House agreed and commented saying she felt like the group had taken a step back. As other women began jumping in, comments started getting flagged. Xiong posted a note about the comments in question, saying, “Reminder: Please refrain from judging others in your comments. Talking about ‘what I’m doing for social justice’ is also more performative in nature and may not be everyone’s cup of tea.” She added that the group had recently failed to be a safe space for those opening up about their journey to learn about racial issues. When House and Chantasirivisal asked which comments broke the rules, they were both immediately kicked out. Another woman jumped in, asking why Chantasirivisal was gone. She, too, was immediately banned.

On Friday, the Latina entrepreneur was also kicked out after asking Xiong to capitalize the “b” in Black in her posts. Now, Moms in Tech has splintered off into a series of smaller groups specifically focused on anti-racism, including Techies for Social Justice and Marginalized Liberals and Allies.

To women like Casmier, these new groups cannot make up for the loss of Moms in Tech. “We’re being cut out of opportunities,” she says. “Being in tech is hard if you’re a woman — let alone being a woman of color. I felt like we were fostering sisterhood, and now that’s been taken away from us.”

Xiong did not return The Verge’s request for comment. According to her Medium profile, she is a product manager on Facebook Groups.