OnePlus released its next-generation phones in the middle of the year, followed by an iterative upgrade towards the end. Fittingly, the OnePlus 7 Pro that came out in July has now been surpassed by the OnePlus 7T Pro. But how do they stack up, really?&#xA0;

The OnePlus 7 Pro introduced some notable upgrades on the OnePlus 6T: a pop-up selfie camera that did away with the notch, a Samsung-style screen with curved edges and premium resolution, and a third ultra-wide rear camera.&#xA0;

Those upgrades bumped up the price - not as high as Apple and Samsung’s flagships, but enough to tip it into budget flagship territory. The OnePlus 7T Pro builds on that legacy with a couple improvements that make it the best phone OnePlus has ever released.&#xA0;

But given OnePlus’ strange release strategies, some regions won’t even get access to the OnePlus 7T Pro - for folks in those areas, this guide should show what you may be missing out on. For others with easier access to both phones, it’s a comparison guide to see whether it’s worth ponying up for the newer model or if the older should be sought at a discount.

If you’re in the US, UK or Finland, you can also get the OnePlus 7 Pro 5G - which is otherwise identical in specs and features to the highest-tier 7 Pro but with added 5G connectivity. It’s also more expensive, by roughly $100 / &#xA3;100.

As expected for a midyear upgrade, the OnePlus 7T Pro hasn’t improved much with the look and display of its predecessor.&#xA0;

The OnePlus 7 Pro went for premium with its screen, with a huge 6.67-inch, 19.5:9 ratio AMOLED display. The large size is matched by the large QHD+ (1440 x 3120) resolution, producing some of the sharpest images we’ve seen on smartphones. It also bumped up the refresh rate to 90Hz, for a far more seamless and less juddery flow when navigating around the phone, than the typical 60Hz of most phones.

To get a more premium appearance than the previous phones’ flat screens, OnePlus curved the sides of the display for a waterfall-style look. They also achieved an unblemished front free from notches by rearranging the front-facing camera to pop up from the top of the phone.

The OnePlus 7T Pro inherited everything its predecessor and didn’t do much with it, which is fine - the design and display upgrades over the OnePlus 6T were notable enough when we saw them earlier this year that we don’t mind the lack of tweaks.

The OnePlus 7 Pro brought the series much closer to competing with the best camera phones by adding a third ultrawide lens (16MP f/2.2, 117-degree field of view). But it also improved on its predecessor with a 48MP f/1.6 main lens and 8MP f/2.2 telephoto (3x optical). The result: warmer, more textured photos with less shadow for brighter images and a noted improvement in night photography.

The OnePlus 7T Pro doesn’t change up any of the lenses - but it’s getting the next best thing with a few software updates. First up is the new Macro Mode. Now you can take photos very close - between 2.5cm and 8.5cm, or 0.9 inches to 3.3 inches - which means you’ll finally be able to take close shots of animals, nature, and so on.

Other camera improvements include a new Hybrid Image Stablization for video that works surprisingly well in keeping your picture steady. Portrait Mode has also been extended to the wide angle lens, and you can zoom in and out of it while recording video.

Some (if not all) of the above improvements will likely make it to the OnePlus 7 Pro, but they’re coming with the 7T Pro out of the box.

As for selfies, the OnePlus 7T Pro keeps the same 16MP &#xA0;pop-up camera as its predecessor. Still cool, still curious if the mechanism will wear out before you’re done with the phone.

The biggest difference between the two phones’ specs lies in its processor: the OnePlus 7 Pro launched with the Snapdragon 855 chipset, while the OnePlus 7T Pro will launch with the upgraded Snapdragon 855 Plus. While it’s not an enormous upgrade, we did notice some performance improvements.

We recommended the middle option, and it seems OnePlus agreed with us, as the OnePlus 7T Pro only comes in 256GB of storage with 8GB of RAM - which should be plenty for most needs.

The other big divider lies in the OS: the OnePlus 7T Pro comes with the newest Android 10 preinstalled, an upgrade that hasn’t been released yet for the OnePlus 7 Pro. This update includes system-wide dark mode, the over-the-air security updates via Project Mainline, Live Caption feature for real-time captioning audio and video, and more.

The 7T Pro also gets a few tricks like Reading Mode, which grayscales backgrounds behind text to make it easier to read, and some interface upgrades, like swiping from the sides to navigate (instead of corners). The distraction-eliminating Zen Mode has been expanded from 20 minute to now 30-, 40- and 60-minute options. We expect all of these upgrades to eventually make it back to the 7 Pro, but we can’t guess when. 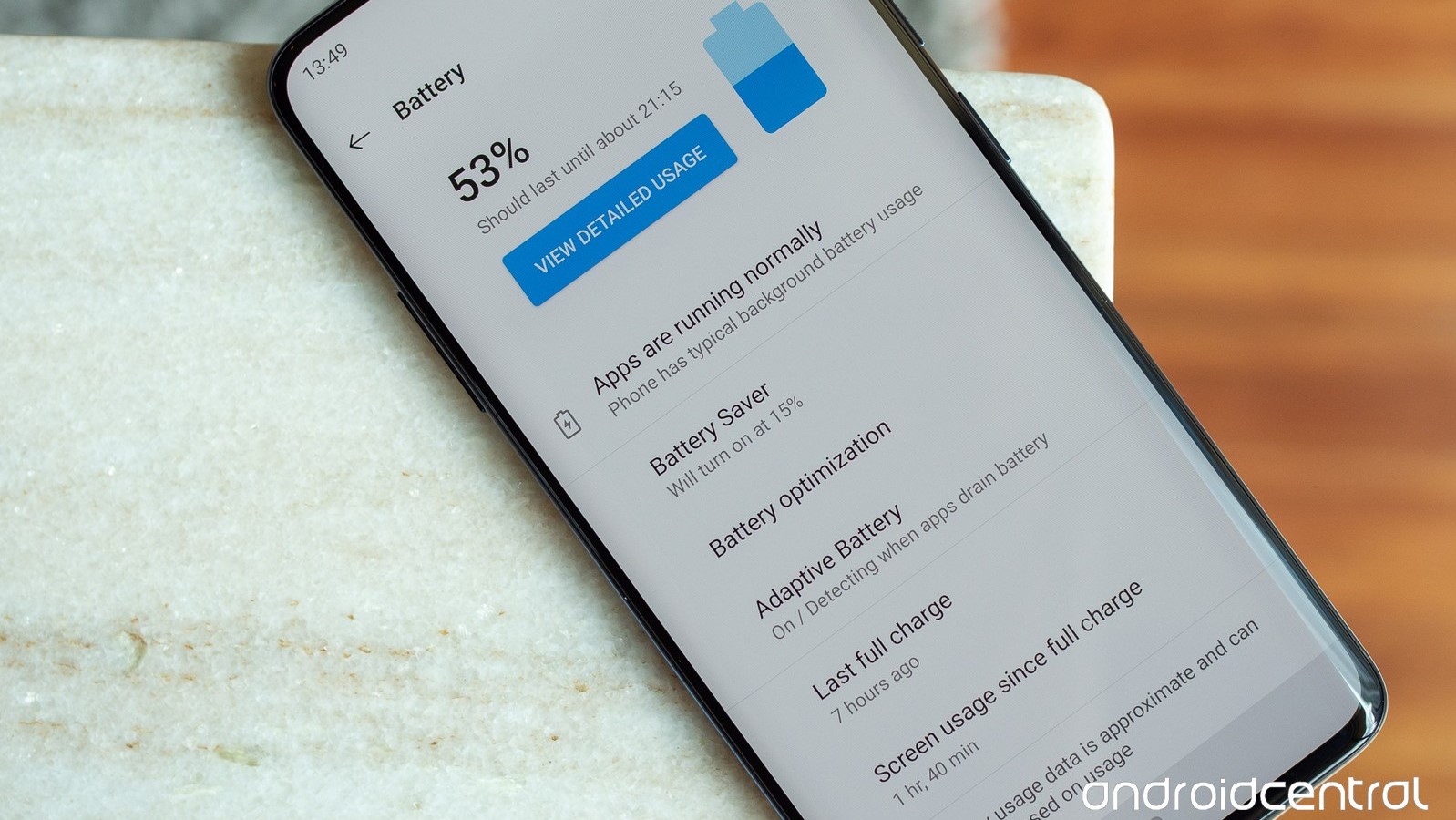 The OnePlus 7 Pro pumped the battery up to a 4,000mAh capacity, which enabled some truly impressive battery life... so long as the display settings are dialed down. Turns out the 90Hz refresh rate and expansive resolution drain the battery to last just over a day.

The OnePlus 7T Pro has only increased the battery a paltry amount - up to 4,085mAh. What has changed with the One Plus 7T Pro is the charger - or rather, the recharging tech inside the phone. TechRadar was the first to learn that the 7T Pro is getting WarpCharge 30T, tech that charges 23% faster than even the 7 Pro. It makes the great even better.

Both phones are great phones for good value, and you wouldn't be doing yourself a disservice picking one over the other.

At this point, the OnePlus 7 Pro might be discounted, and it introduced most of the top features you'll find on its successor anyway. It's a solid phone with a budget flagship pricetag that hopefully sees some discounts this long after launch.

If you want the absolute best phone OnePlus has to offer, the OnePlus 7T Pro adds software tweaks - and, notably, Android 10 - that might not reach its predecessor for some time. The improved WarpCharge 30T battery recharging is also a marvel - bringing your phone back from the dead in the time it takes to finish a TV episode is pretty amazing.

Whichever you choose will be a suitable pick - but it's helpful to know exactly which one suits you best.