On paper the OnePlus Nord has a strong feature set, and our initial impressions are generally positive, but the real test will come when we perform our deep dives into performance, the cameras, and battery life to find out whether this is a mid-range marvel or a misstep.

No wireless charging No IP rating for water resistance

You may already know a lot about the OnePlus Nord. The Chinese manufacturer has had the OnePlus Nord (previously rumored to be called the OnePlus 8 Lite and OnePlus Z) hype train on the tracks for a while, drip feeding us a number of specs, and even shots of the handset, ahead of its July 21, 2020 launch.

The Nord isn't here to replace the firm's flagship offerings; rather, it's the first in a whole new product line (all of which, perhaps confusingly, will carry the Nord brand) aimed at bringing a broader range of devices to a wider audience.

There's more to come, then, from the Nord brand, but the new OnePlus smartphone is the first – and for now, only – device bearing the name.

The teasing headlines included an 'affordable' sub-$500 price, four rear cameras, two front cameras, 5G connectivity, a Snapdragon 765G chipset and a 90Hz screen. In its marketing, the firm claims "safe to say, this smartphone is truly worthy of the OnePlus name."

Check out our OnePlus Nord unboxing video below

However, hype never tells the full story. We've already been hands-on with the phone. We'll bring you our full, in-depth OnePlus Nord review soon, but in the meantime here are our initial impressions.

Exclusive: How the bizarre OnePlus Nord name was conceived

For those in India, the OnePlus Nord will also be available in a third configuration - 6GB of RAM and 64GB of storage which will cost 24,999 Rupees (with the other two variants costing ₹27,999 and ₹29,999 respectively).

The Realme X50 5G and Mi Note 10 Lite are cheaper than the Nord, which both come with the same Snapdragon 765G chip, but make a few small compromises in other areas to achieve their lower prices.

If you live in one of the countries which will be getting the OnePlus Nord upon its release, that release date has been confirmed for August 4, 2020.

While the handset will go on general sale on that date, OnePlus will be holding pop-up sale events in the weeks between the phone's launch and its release, giving fans a chance to buy the device early.

In the UK the OnePlus Nord will be available from the OnePlus website, John Lewis, Three, and Amazon.

The OnePlus Nord design belies its affordable price. You get the same premium build and finish as on the flagship OnePlus 8 series, with a metal frame sandwiched between Gorilla Glass on the front and rear.

It makes for a solid, premium-feeling device in the hand, and it's a similar size to the OnePlus 8, meaning the OnePlus Nord can be used one-handed – although those with smaller hands may struggle to stretch their thumb to the top of the display.

The Nord measures 158.3 x 73.3 x 8.2mm and tips the scales at 184g, which means it’s shorter than the aforementioned OnePlus 8, but ever so slightly wider, thicker and heavier.

The power/lock key on the right falls nicely under thumb or finger, and it sits just below OnePlus' now-familiar alert slider, which allows you to quickly switch between silent, vibrate and loud modes.

The volume rocker sits on the opposite side, while on the base you'll find a centralized USB-C port flanked by a speaker and the dual SIM card port; there's no headphone jack on the OnePlus Nord, however.

The phone is available in two colors, and while the Gray Onyx finish is a little dull-looking, the second option is likely to be more appealing – it's called Blue Marble, and it certainly makes a statement, as you can see in our pictures.

OnePlus says the Nord does have water resistance, but it doesn't carry an official IP rating, which would guarantee its dust- and water-repelling abilities.

It's one of the ways OnePlus has kept the price of the Nord down, and while it claims the handset has been plunged into 30cm of water for 30 minutes and survived, you might want to be a little careful.

Round the back the main feature is the large, oblong camera bump which houses the OnePlus Nord's four rear cameras. This is raised by a couple of millimeters from the back of the handset, as on the OnePlus 8 and 8 Pro, but unlike on its more premium siblings, the camera block is in the left corner, rather than central.

It means that when placed screen-up on a surface the Nord doesn't sit flush with the surface, and due to the slight protrusion in one corner it wobbles when you tap the display.

The screen dominates the front of the handset, with minimal bezels – the thickest one is at the foot of the display. The only interruption to the screen is the punch-hole cutout in the top-left corner that houses the dual selfie cameras.

The cameras don't tend to get in the way, but they do limit the number of notification icons that can be displayed in the top bar, which may irk some users.

The display is bright and clear, but unlike the screens on the 8 series phones the Nord's is flat, rather than having curved edges which spill over the sides of the phone. Without these curves to the front edges of the handset, the Nord does feel a touch chunkier in the hand.

A fingerprint scanner is embedded in the screen, allowing you to register your prints for security. The Nord also supports face unlock, and it can combine both biometric security features for faster unlocking.

6 cameras in total: the most ever on a OnePlus phone4 rear cameras: 48MP + 5MP depth + 2MP macro + 8MP ultra-wide4,115mAh battery with fast charging

The headline feature of the OnePlus Nord is its 'flagship' camera setup. There are a total of six cameras on the handset, four on the rear and two on the front, the most OnePlus has ever put on a smartphone.

The main camera on the rear is indeed borrowed from a flagship phone – the OnePlus 8. It's a 48MP Sony IMX586 sensor (with EIS and OIS image stabilization) teamed with an f/1.57 lens, which can take 48MP images, although by default it's set to 12MP.

That's accompanied by a trio of other cameras, comprising a 5MP depth sensor, 2MP macro camera, and an 8MP, 119-degree ultra-wide-angle snapper for those sprawling landscape shots.

There's a bunch of shooting modes, including portrait, nightscape, super macro and pro, plus Full HD, slow-motion video capture at 240fps and 4K recording at 30fps.

On the front the main 32MP, f/2.45 snapper is accompanied by an 8MP, 105-degree ultra-wide-camera, which should come in useful when it comes to taking group selfies.

OnePlus has said it's also improved its image processing smarts, although we've not been able to test the cameras properly yet, so you'll have to wait for our full review to see how they perform.

As for the battery, the OnePlus Nord comes with a 4,115mAh power pack with support for Warp Charge 30 charging, which should get you from 0% to 70% in 30 minutes using the bundled cable and power adapter in the box.

There is no wireless charging support however – another area where some corners had to be cut in order to keep the price down.

Under the hood, Qualcomm's Snapdragon 765G chipset sits at the heart of the OnePlus Nord, and while it's not the same flagship chip as found in the 8 series phones, we've seen it perform well in other handsets, such as the LG Velvet and Motorola Edge.

When it comes to RAM and storage you have two options, with the phone available in 8GB / 128GB and 12GB / 256GB configurations. These are the same combinations on offer for the top-of-the-line OnePlus 8 Pro – not bad for an 'affordable' handset.

The latter is, not surprisingly, more expensive, so think carefully about how much space you'll need. We got our hands on the 256GB version, and found the usable space to be 236GB, but 128GB will likely be more than enough for many, and the additional RAM is probably only going to come into its own during intensive gaming sessions.

The OnePlus Nord comes with 5G support, which means you can take advantage of next-generation network speeds when they become available in your area, if 5G hasn't rolled out for you just yet.

On-screen you get Google's Android 10 operating system, overlaid with OnePlus' OxygenOS 10.5. This UI provides a wider assortment of customization options than stock Android, while maintaining a familiar look and feel, and OnePlus says it also includes over 300 separate software optimizations.

OnePlus promises that the Nord will get two years (from launch date) of software updates – which means it'll be in line for the Android 11 update later this year, and Android 12 in 2021 – plus three years of security updates.

During our brief hands-on time with the OnePlus Nord the interface felt slick, and we experienced no obvious slowdowns when it came to opening apps or scrolling.

On paper the OnePlus Nord looks to have a strong feature set, and our initial impressions are generally positive, with the phone having a premium look and feel, a bright screen and plenty of power under the hood.

The real test will come when we perform our deep dives into the Nord's performance, cameras and battery life, and it’s only then when we’ll know whether the OnePlus Nord is a mid-range marvel or misstep.

What is a hands on review?

Hands on reviews' are a journalist's first impressions of a piece of kit based on spending some time with it. It may be just a few moments, or a few hours. The important thing is we have been able to play with it ourselves and can give you some sense of what it's like to use, even if it's only an embryonic view. For more information, see TechRadar's Reviews Guarantee. 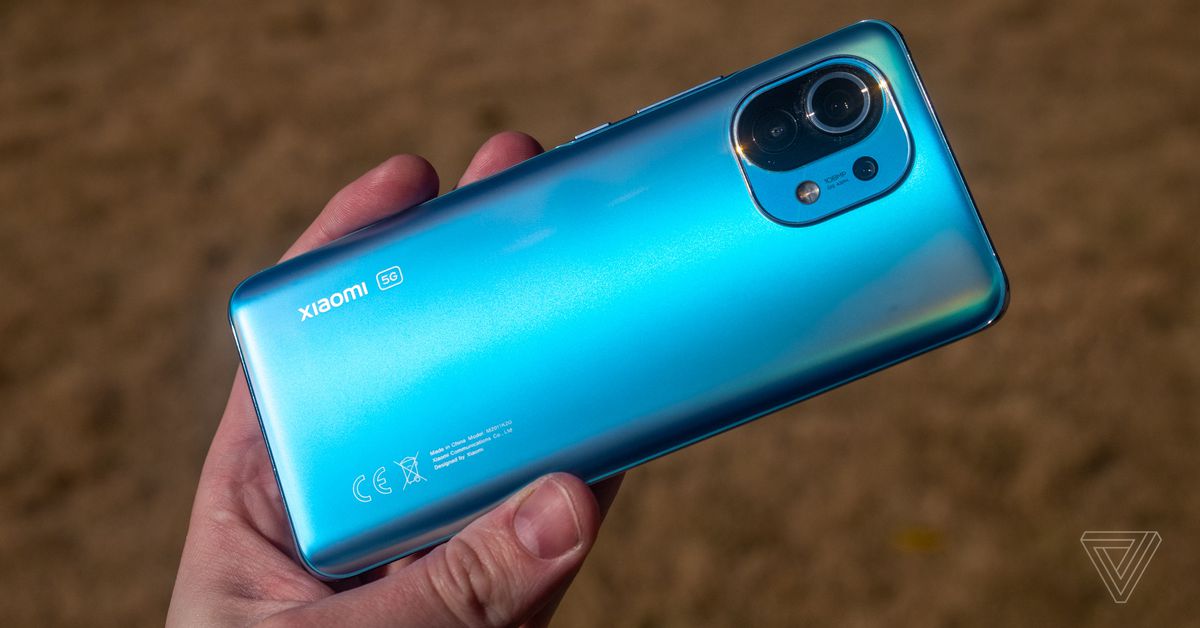 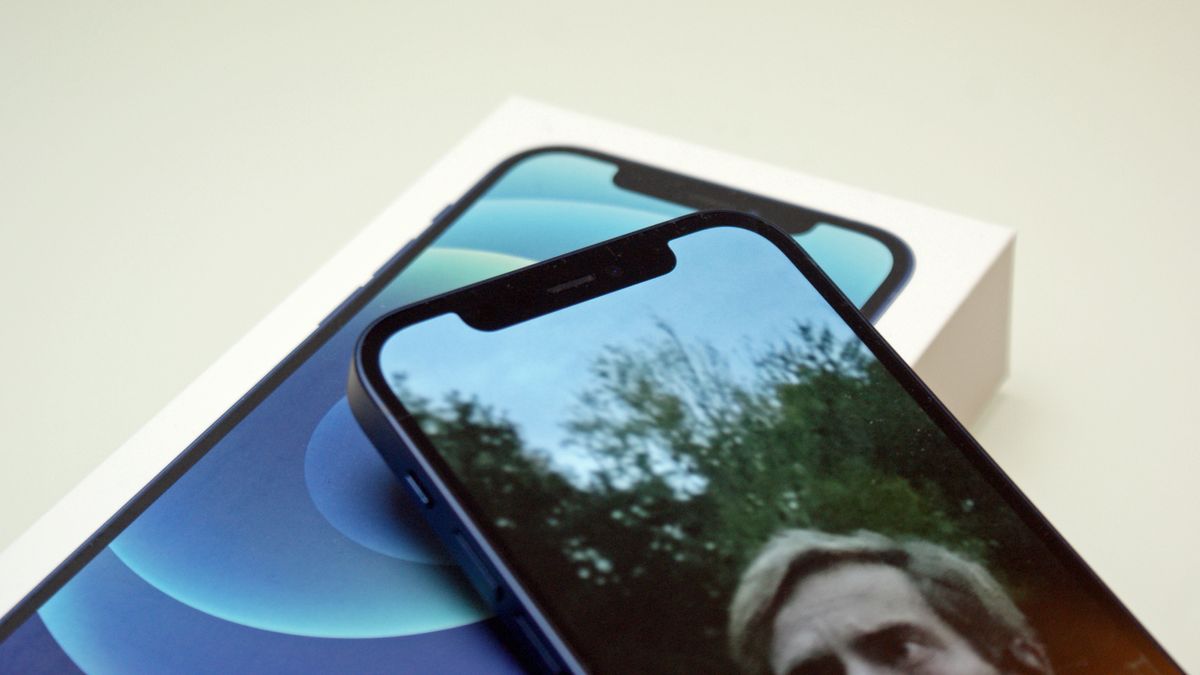