Xiaomi is best known for its affordable phones and accessories, but the list of product categories it’s willing to enter grows seemingly by the year. One of the latest is gaming monitors, with a 27-inch model launched in June and a 34-inch ultrawide following last month. I’ve been testing the latter, and it’s actually very good for the price of €399 (or ~$469 — real-world euro-dollar conversions tend to be closer to 1:1, though that won’t help US importers).

The Mi Curved Gaming Monitor has a neat minimalist design with a versatile stand that can be tilted, swiveled, raised, and lowered. The stand also features magnetic covers that easily pop on and off to assist with cable management, and attaching the monitor itself was very easy.

The monitor’s panel matches up to what you’d have likely expected from a high-end ultrawide a couple of years ago, before HDR became more of a thing on PC. It’s a 34-inch 3440 x 1440 display, which is the standard 21:9 resolution for that size — it’s basically like having a 27-inch 1440p screen with a third more horizontal real estate. The monitor’s curvature is 1500R, so it’s not as pronounced as some of Samsung’s more extreme recent models, but it feels natural for this size. 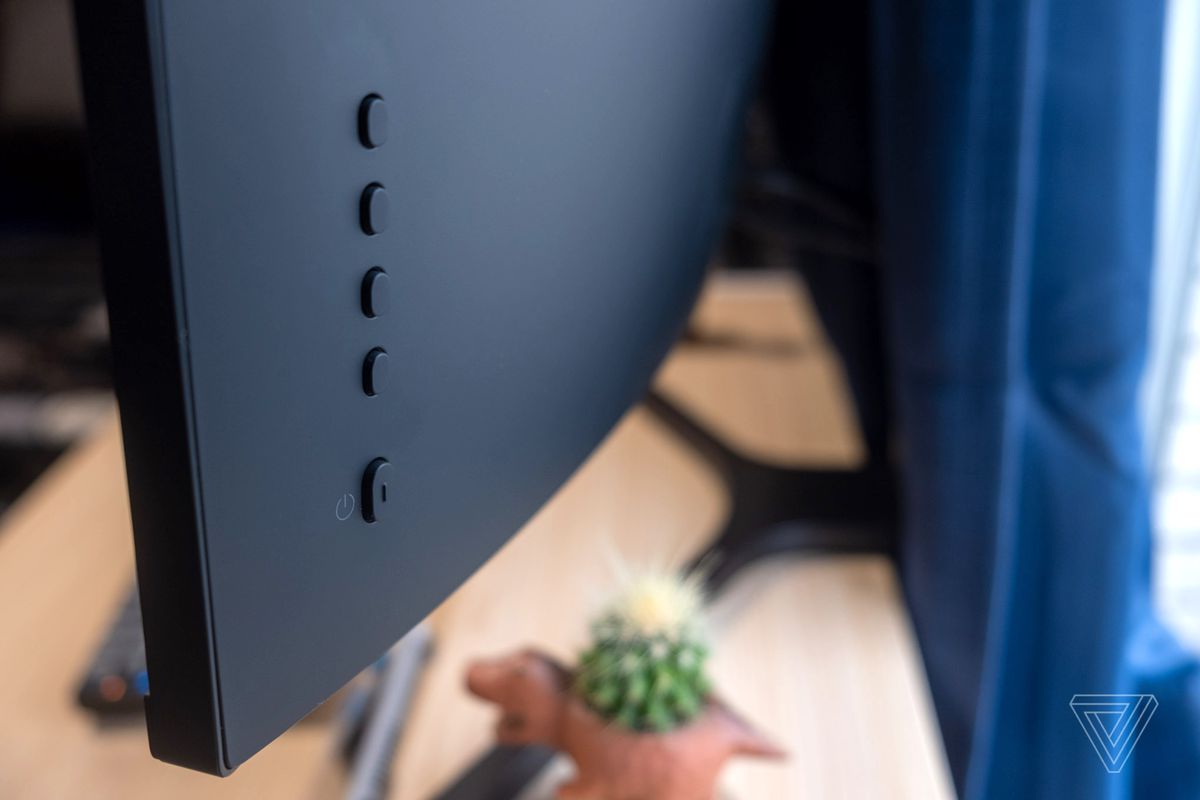 The panel uses VA technology and looks good. I’ve had it set up next to my IPS Asus PG279Q, and the color reproduction is at least as strong, with a claimed 125 percent coverage of the sRGB gamut. The Xiaomi is a little dimmer at 300 nits to the Asus’ 350, but it’s not really an issue other than when the morning sun is streaming through the window with the curtains open. For a monitor that will likely remain in a fixed position, it’s not a big deal, and I appreciate the lack of glare from the matte finish.

The brightness does mean there’s no HDR support, not even the lowest-end DisplayHDR 400 specification. But the refresh rate is 144Hz and works with FreeSync, which lets you play games at high, variable frame rates without tearing. Although FreeSync is designed for AMD GPUs and I have an Nvidia GTX 1080, I did get it working with Nvidia’s “G-Sync Compatible” functionality, despite the monitor not having been formally certified.

Nvidia’s official line about using an unverified FreeSync monitor like this is “it may work, it may work partly, or it may not work at all,” so I can’t promise across-the-board compatibility. I did find that the Mi Curved Gaming Monitor could only run G-Sync at up to 120Hz, but that’s been more than enough to improve my 60fps-ish experience with the shaky PC port of Horizon Zero Dawn.

The Mi Curved Gaming Monitor gets the basics right, but it does skip some of the nice-to-have features you’ll find on higher-end products. Two DisplayPort and HDMI ports each is a generous inclusion, but they’re all you get (plus a headphone jack). There’s no USB hub functionality at all, nor is there USB-C support for single-cable display output and charging. The UI, controlled by five small buttons on the back of the display, is pokey and inefficient, and I never got used to working out which button was which by feel. I’d much prefer joystick-style controls like on my Asus. I also found the monitor to be unusually slow to wake up or switch inputs, taking several seconds for each operation.

None of those are deal-breakers for the Mi Curved Gaming Monitor’s core functionality, though — at least not for me. If you’ve been thinking about getting into ultrawide gaming or even just getting more desktop real estate, I think this is a really good value option. It’s definitely worth checking out if you’re in Europe, Australia, India, or the other markets where Xiaomi has a presence.

Photography by Sam Byford / The Verge